Search
Login
No products in the cart.
$0.00 Cart

Search
Login
No products in the cart.
$0.00 Cart

What Is Eyebrow Feathering and How Does It Work?

One of the best ways to get a fuller look from your eyebrows is by undergoing eyebrow feathering aka Microblading technique. Many times we can find ourselves having to use some type of eyebrow pencil to give us the look we desire and to help us get the feather touch eyebrows that we are going for.

Eyebrow Feathering is considered a much less invasive procedure that can help you to achieve the same look with less hassle. Your new eyebrows could also last just as long as 24 months if it’s done right.

The technique is considered under the umbrella of semi permanent makeup but in recent years has become more sought after as it is proven to give your brows the arch that you may be looking for. This method is great for helping you to achieve that soft and perfectly arched look.

In this blog, we’re going to take a look at how Eyebrow Feathering which is often at times also called Microblading can work for you and what the procedure entails.

What is Eyebrow Feathering?

Eyebrow Feathering is quickly becoming the preferred choice for enhancing eyebrows mostly because of the precision needed for the technique. A lot of people are also happy with the finished look as it enhances your natural eyebrows.

The technician will use a specific blade to make small cuts in your brow. They will then fill each cut with pigment. What this does is create the look of a fuller brow especially for those of us who may already have great looking brows but with small gaps.

With this method, you can ensure that there are no gaps in your brow and you can achieve a fuller look on completion.

How is Eyebrow feathering different from the traditional brow tattoo?

With different terms, it’s easy to get confused with these procedures. Eyebrow feathering or micro feathering is a type of microblading. During the microblading procedures, hairs are tattooed into the brow. With eyebrow feathering, the pigment is inserted into an incision to create the appearance of hair. In many instances when you visit your technician for Microblading you will get to choose your style of eyebrow and maybe what pigment shade you would like to be used. Once you have settled on the look you want, then the technician will begin the procedure using a specially made pen that has a blade attached with 12-18 needles depending on the style of microblade.

The session goes on for two hours and you are required to follow up in about four to six weeks. Your new and fuller eyebrows can last anywhere between six to 24 months depending on your lifestyle and the care that you take with them.

The Eyebrow Feathering technique uses a specific blade. It is also a method that technicians tend to use on people who already have naturally healthy eyebrows as the procedure can help to correct any minor gaps that the person may have in their brow.

One thing that is important to note as well is that Eyebrow Feathering is not recommended for people with oily skin because the pigment may not be absorbed the way it should. The oils in your skin can prevent the pigment from properly filling the gaps. In some instances, the technician will use a combination of microblading/feathering with shading combined. It really depends on the look that you are going for and what type of eyebrows you are hoping to achieve.

Many people prefer Eyebrow Feathering because of the fact that it is much less invasive and also the procedure itself is shorter when compared to the traditional methods of cosmetic tattooing.

What can I expect when I come in for Eyebrow Feathering?

First of and very importantly, it’s best that you book a consultation with us first so that we can better understand what you are looking for and suggest the best methods for you. Once this is done the eyebrow specialist will do an assessment of your brows to determine if you have enough natural hair in your eyebrows for the procedure.

If you do have enough natural hair or have the capability to grow them out before the start of the procedure then you are ready for Eyebrow Feathering. The reason that this is a requirement is that your natural hair is used as the base of the semi-tattooing method.

In most cases, the procedure usually takes two hours because the therapist is not creating from scratch but using your natural hairs as a base. During the session, your technician will make precise cuts before depositing the appropriate pigment shade that will create a fuller look.

You will have another session in about four to six weeks to ensure that no gaps were missed and that the pigment was placed in the right places. Even though the procedure itself takes about at least 30 mins to an hour for the touch up an hour you can expect to spend at least two during your session at the salon. The procedure can cause some discomfort but there are topical anesthetics to limit this.

How long does Eyebrow Feathering last?

Eyebrow Feathering is much less permanent than Microshading. However, it can last anywhere between 6 to 24 months. This largely depends on how you maintain your eyebrows after the procedure is completed.

How can I maintain the look?

After your visit and the procedure is completed there are some methods that you can use to help with the maintenance of your new perfectly arched brows. For example, you can use our LT Microfeathering Pencil.

This eyebrow pencil is essential for helping you to maintain that perfect feathered brow. It comes in four different colors including light brown, cool brown, medium brown and dark brown and the pencil includes a brush.

We also suggest that you try where possible to stay out of direct sunlight. If you have no choice due to your lifestyle, then it’s best to protect your skin by wearing a hat or some sunblock. That’s because even though the procedure is semi-permanent the sun can cause the pigment to fade and in some cases give your brows a faded look.

Another thing that can cause your eyebrows to fade is the use of chemical peels and AHA products. So make sure you avoid these to get the most from your eyebrow feathering treatment.

If you are ready for those feather touch eyebrows and that perfect arch then we will be happy to help. Contact us now so that we can help you get the perfect eyebrows, today. 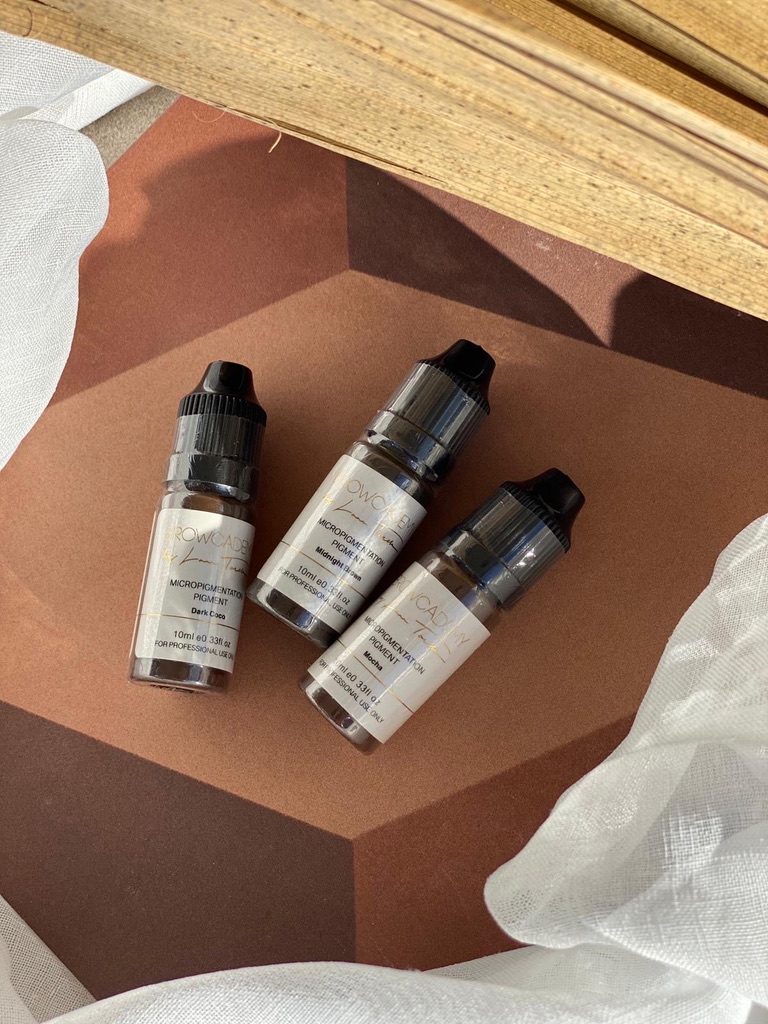 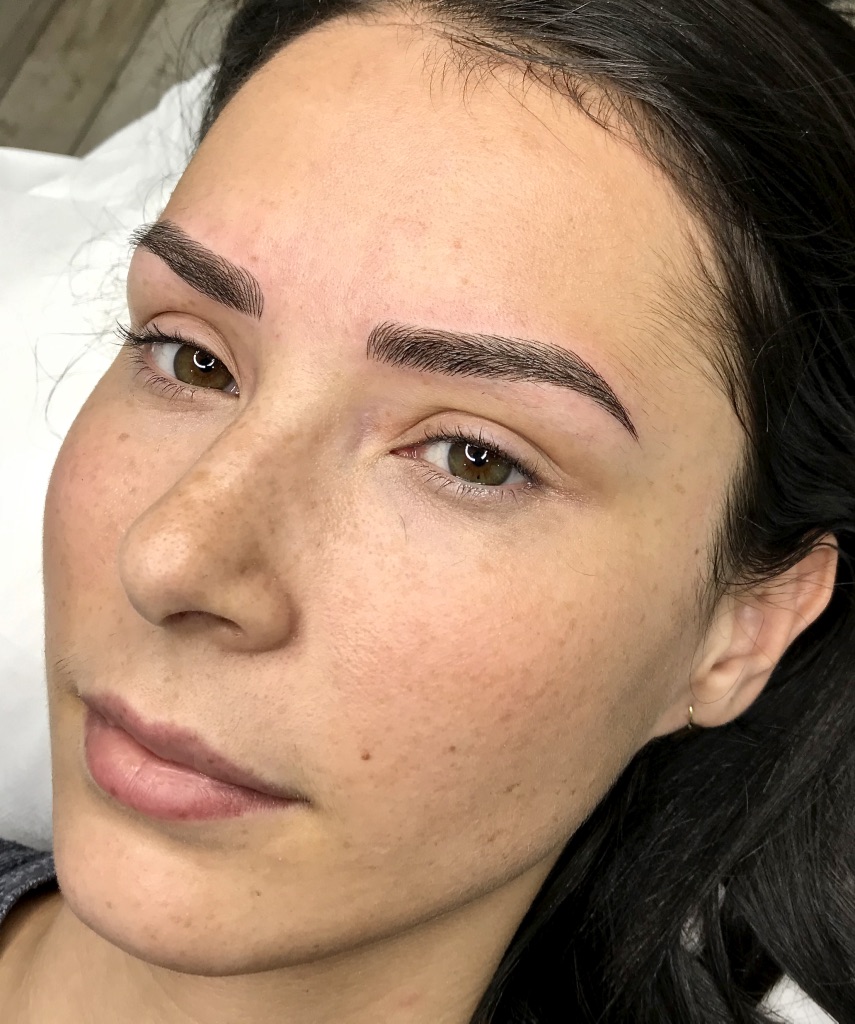